Google has offered up a new option for developers to charge consumers for games and other things in the Google Play store. Google has been accepting in-app payments for a while now, and this week opened the system up to allow in-app subscriptions to be purchased as well. This means we can bet on games that require subscriptions to play to land any time now. 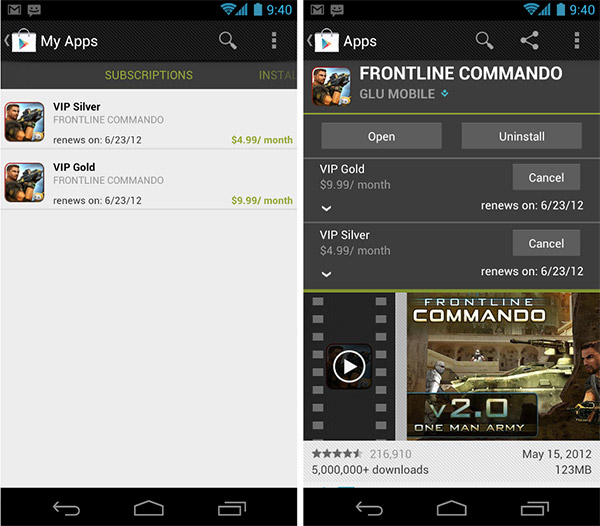 Apps requiring a subscription will have to state the price and the billing interval such as weekly, monthly, or yearly right on the app page so there aren’t any surprises for consumers. The subscription service is already being adopted by game developer Glu with a special currency subscription networks across any of the company’s games.