In general, it’s pretty hard to find a flower pot that stands out from the crowd. They all look the same to me. You can either go to Home Depot and get one like everyone else has, or if you happen to have a dead Vespa lying around you could always put some tiles on it and put a plant in it. Yeah, this is a much cooler flower pot than most. 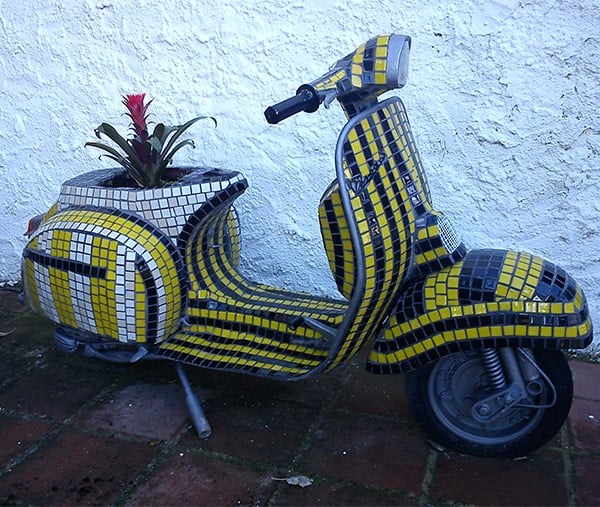 It’s a great idea and a Vespa covered in tiles looks pretty awesome. It’s a work of art that is also functional, though no longer as a bike. Too bad they can’t take it on the road. It doesn’t run anymore. That’s why the people at Hotel Enfrente Arte took this ’55 Vespa, and gave it a classy makeover.

It would be awesome to see a tiled Vespa like this on the road though, plant or no plant.

[via Make: via Neatorama]

These Electric Guitar Scissors Are Ready for Shredding
Advertisement