Harley-Davidson to Add Japanese Tsunami Bike to Its Museum Collection

In March of 2011, a massive earthquake and tsunami hit Japanese coastal areas leading to the death of over 15,000 people. The tsunami also led to a nuclear reactor in the area leaking radiation in one of the worst nuclear disasters ever. Amidst the disaster, one of the more unusual things to surface in the post-tsunami news was that after more than a year, a Harley-Davidson motorcycle lost in the tsunami was found. 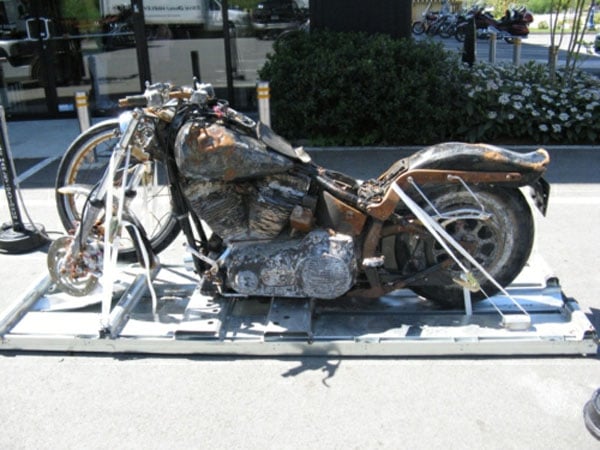 This particular Harley-Davidson was found 4000 miles across the Pacific Ocean on an isolated beach on the British Colombia Graham Island. The man who discovered the Harley-Davidson was a Canadian named Peter Mark. The rusted and beaten motorcycle and the remains of the insulated shipping container it was stored in were found on the beach at low tide.