I’ve mentioned a couple times that SpaceX was set to become the first company to send a private spacecraft to dock with the ISS. Despite several delays, all went well for SpaceX with its launch, and this weekend the company’s Dragon cargo vessel successfully docked with the International Space Station. Once Dragon docked with the ISS, the space station crew followed the procedures and opened Dragon’s cargo hatch. 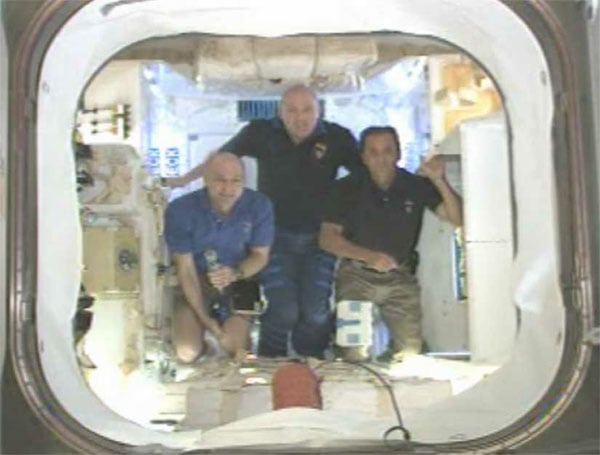 After all the stress and heat the spacecraft was put through leaving Earth’s atmosphere, I wouldn’t expect it to smell like anything inside. However, the astronauts said that as soon as they opened the cargo hold doors on the Dragon spacecraft still has that “new car smell.” Inside the Dragon capsule was about half a ton of supplies and science experiments for the ISS.

“I spent quite a bit of time poking around in here this morning, just looking at the engineering and the layout, and I am very pleased. It looks like it carries about as much cargo as I could put in my pickup truck,” astronaut Don Pettit told reporters.

The astronauts will send the Dragon capsule on its way back to Earth on May 31, and they will pack inside the capsule a larger load of gear for its ride home. NASA must feel pretty confident in SpaceX’s capsule to risk the possible loss of experiments and cargo in the event of a capsule failure on reentry.