I guess that since Pebble was so popular thanks to their highly successful Kickstarter funding drive, it’s only a matter of time before the market of smartwatches becomes flooded with new products. The Cookoo takes a unique approach by combining an analog watch with a smartphone interface. 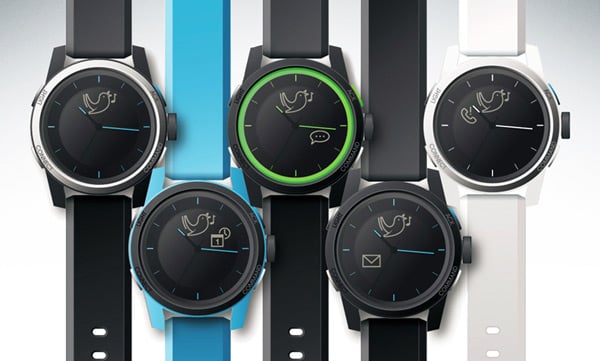 The Cookoo was developed by Peter Hauser of ConnecteDevice. While the time on the watch uses analog hands, the backdrop uses an LCD screen to display information from your calendars, emails, messages, Twitter, Facebook and more. It can even remind you when your phone’s battery is low. The Cookoo connects with your phone using Bluetooth 4.0 and a dedicated app.

The watch comes with a command button on the right side that will allow you to control your phone by remote, such as remotely triggering the camera shutter or any other function. They also plan on developing more apps for Cookoo over time. 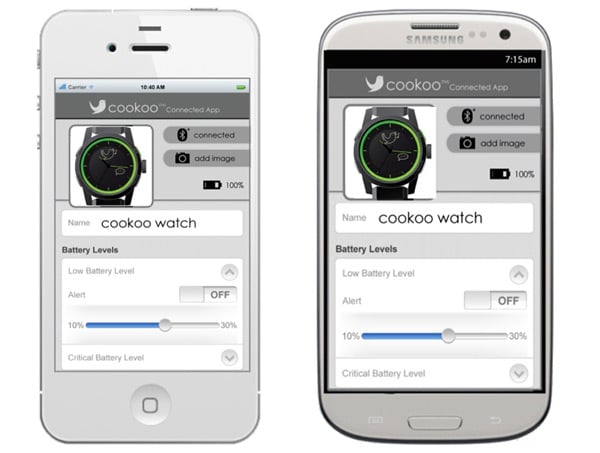 Like the Pebble, the Cookoo is part of a Kickstarter campaign. The first batch already sold out for a special discounted price of $50(USD), but you can still grab one for $80, which is still less than the proposed $100 retail price. They expect to ship out in November 2012. So far, the Cookoo project has amassed $109,000 out of a projected goal of $150,000 and there are 39 days left for funding, so it’s more than likely that it will be funded. But will it break Pebble’s record? They’ll have to beat $10 million, so I highly doubt it.