Archers take a lot of flack because in battle they are basically useless. They are good for ranged warfare – in numbers, but once an enemy gets close enough, archers are dead meat. An archer with a 12 gauge compound bow? Well, that would make for a far more deadly archer. 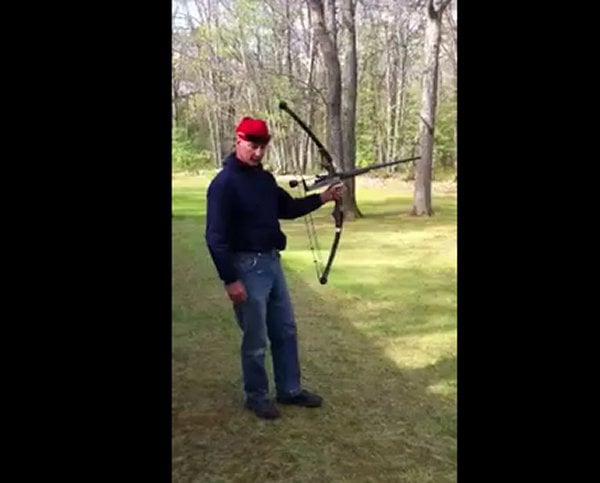 This guy rigged a compound bow to fire an attached shotgun instead of shooting arrows. Does he really need a reason? It looks like it works by using the bow’s string as the firing pin for the shell. Let go of the string and it fires the attached shotgun.

It seems to work just fine, but I’m sure it isn’t accurate from the looks of things. Forget stealth and accuracy. This bow is all about power.  IF this thing is even real. If it is real, this is an awesome hack.