It appears that everyone is getting into the Olympic spirit, including scientific geeks at the Royal Society of Chemistry, IBM Research-Zurich and the University of Warwick. Working together, the team of scientists and researchers have created an imaged the smallest possible five-ring structure. The structure is about 100,000 times thinner than a human hair. 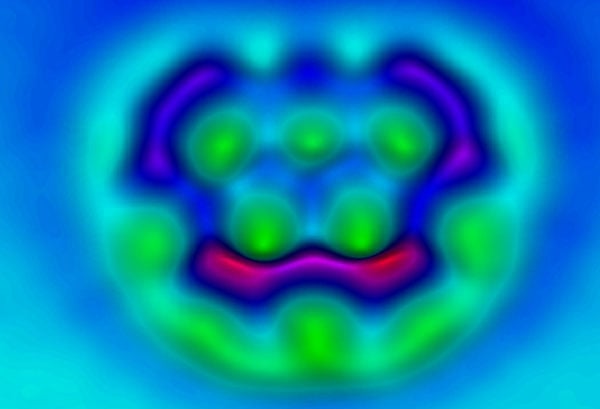 Since this is Olympic year, the scientists dubbed the molecule “olympicene.” The molecules were imaged using noncontact atomic force microscopy. The scientists used a combination of synthetic chemistry and state-of-the-art imaging techniques to create image you see here.

When the molecules clump together, they form a white powder that turns to an orange-yellow color as it is exposed to light. There was a bigger scientific reason for creating and taking an image of the molecule other than celebrating the Olympics. The olympicene molecule is said to be similar to that of graphene. Graphene has electric properties that make it interesting for potential use in electronics.