Scientists from Harvard University have been able to coax DNA into assembling themselves into numbers, letters, symbols, Chinese characters, and even emoticons such as the ubiquitous smiley. These tiny strands of DNA measure billionths of a meter long and represent the next stage in “DNA origami.” 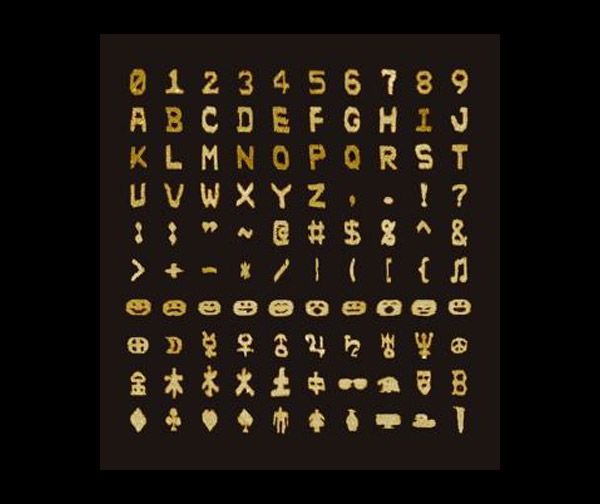 DNA is usually arranged into a double helix, which looks like a ladder that is twisted. Researchers have “unzipped” the ladder and then cut it lengthwise. The team used short lengths of DNA each having 42 rungs that interlock with complementary stretches of the molecule to bend themselves into specific shapes.

The scientists were able to create 107 different designs including smiley faces and other shapes, including one that appears to be in the shape of a man and one that looks like an army tank (or maybe it’s a duck.) Each character measures just 64 nanometers by 103 nanometers, and has a total of 310 available pixels.

Coaxing DNA strands to take on specific shapes isn’t simply for fun and games. The scientists say that being able to create specific shapes could allow DNA to be used as a framework for at the molecular scale for building medications and more.