It’s official: video games and urinals go together. I know, I know ladies, it’s sexist. Women should be bombarded with advertisement even in the most private of spaces too! Advertisements like this interactive urinal, which takes the slang “Rock out with your cock out” to a whole new, never should have existed level. 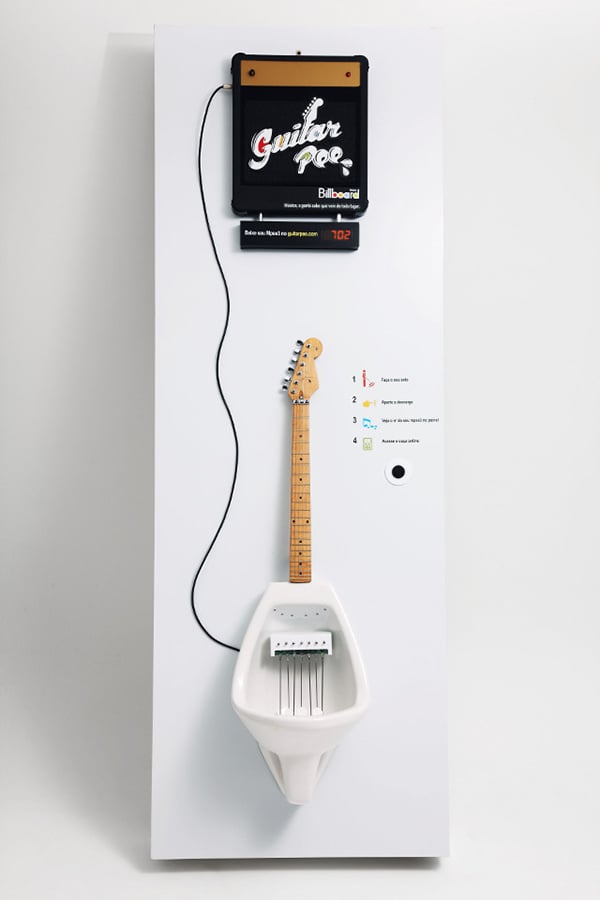 The Guitar Pee was made by Brazilian ad agency AlmapBBDO for Billboard Music Brasil. The urinal has triggers that look like guitar strings. Pee on the triggers and you play music. But it doesn’t stop there: the urinal actually saves your masterpiece as an “M-Pee-3″, which you can download on the promotional website. I hope it doesn’t save an MPee4 of your flute.

Women of the world unite! Stand up and fight for your right for poop drums!