Papercraft statues are getting more complex every day. Just look at the incredible detail on this War Machine statue. This 1:6 scale War Machine paper sculpture even has an LED chest light and fiber optic lights in the eyes and palms. This takes papercraft and turns it into serious paperart. 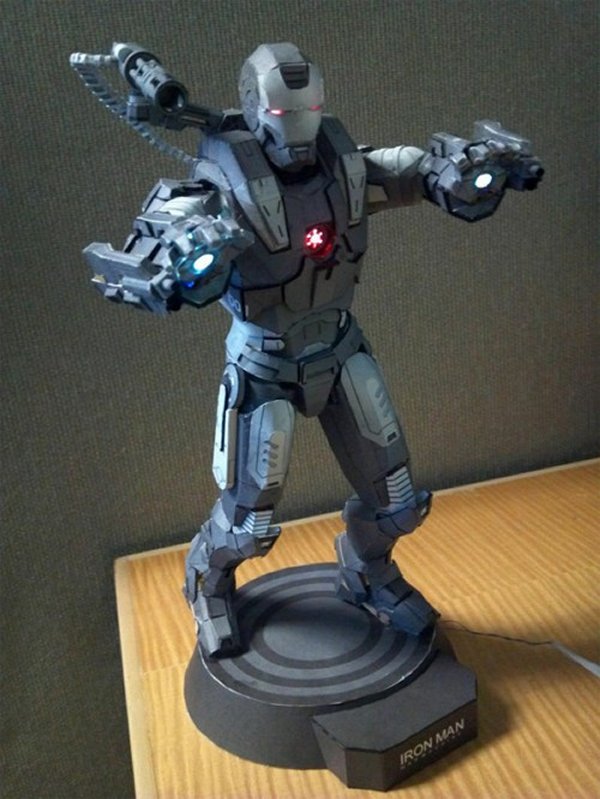 Until you look closer it looks like a quality action figure, not something made out of paper. If you want to build one yourself then check out the step-by-step photos of how Julius Perdana’s original template was created here. This light-up version was built by a guy named Charles. Not sure if he is a Stark or not, but the build quality would suggest that he is in the Stark family.

This statue is simply amazing to behold. You are a true geek Charles. I’m going to upend a Mountain Dew in your honor, my friend.

[via Obvious Winner via Neatorama]