Pocket TV Turns Anything With an HDMI Port Into a Computer: In Other Words, It’s Not a Pocket TV

Whoever invented LAN parties got things right, albeit at a smaller scale. There’s a good chance our future will be filled with keychain-sized computers like the Pocket TV, ready to be plugged into any display. Or we could skip that part altogether and perfect holograms already. But let’s not get ahead of ourselves. 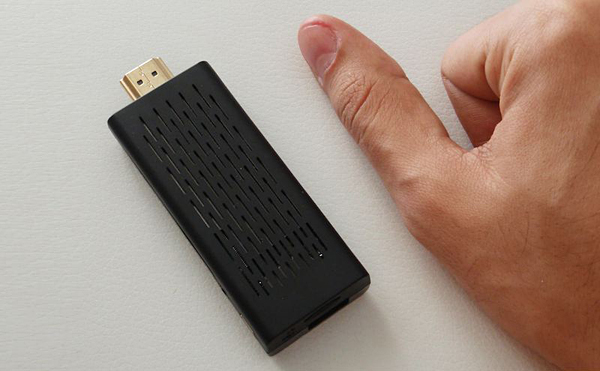 The Pocket TV was developed by Infinitec, the same company that came up with the “infinite” flash drive. The Pocket TV can use any display device with an HDMI port as its monitor. It runs Android 4.0 Ice Cream Sandwich, has a 1GHz ARM Cortex A9 CPU, 512MB RAM, 4GB internal memory, a USB port and a microSD card slot.  If it sounds awfully familiar, it’s probably because you’ve heard of Cotton Candy. The two are indeed very similar; if anything the Cotton Candy is a bit beefier specs wise, although for now it seems as if its manufacturer is going after developers and programmers, whereas Infinitec is clearly aiming for the common folk from the get go.

That is one soothing voice. You can be one of the first to own a Pocket TV by pledging at least $99 (USD) to its Kickstarter fundraiser. Everyone else head here.