If you’re the sort geek who likes to look at the stars and other celestial events, you want to have an eye turned to the sky around sunset next Tuesday, June 5, 2012 to view the last Venus transit for more than a century. 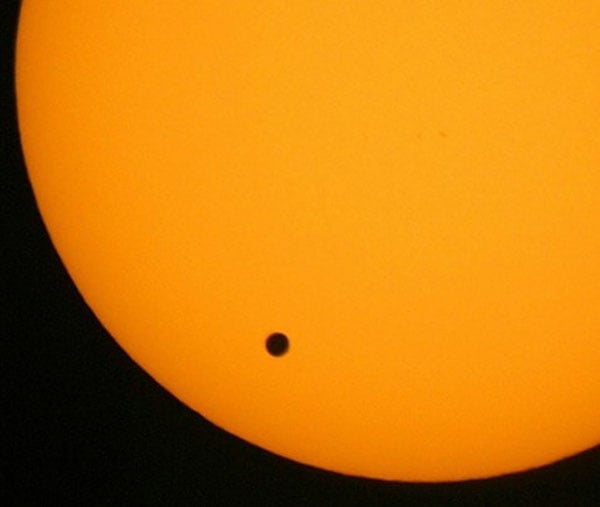 The transit of Venus is when the planet passes between the Earth and the sun. Venus will appear as a black dot on the surface of the sun as seen in the photo here. This picture was taken in June of 2004, when Venus last transited the sun. Next week’s transit could be a once-in-a-lifetime event for the majority of us, so you won’t want to miss it. Venus won’t transit the Sun again until the year 2117.

People in the Western Hemisphere will want to look towards the sun before sundown, while those in the Eastern Hemisphere will want to keep an eye out at sunrise. The entire transit will take six hours and 40 minutes. Remember not to stare at the sun without protecting your eyes. You will need some solar viewing glasses or other equipment to be able look at the sun to witness this astronomical event.