Logitech Solar Keyboard K760: One Keyboard to Rule Them All

If you’re like me, you probably tend to use all of your OS X and iOS devices simultaneously, which is one reason why I like the Logitech Wireless Keyboard K760. It doesn’t have a numeric keypad, but this single keyboard will work with all of your devices. 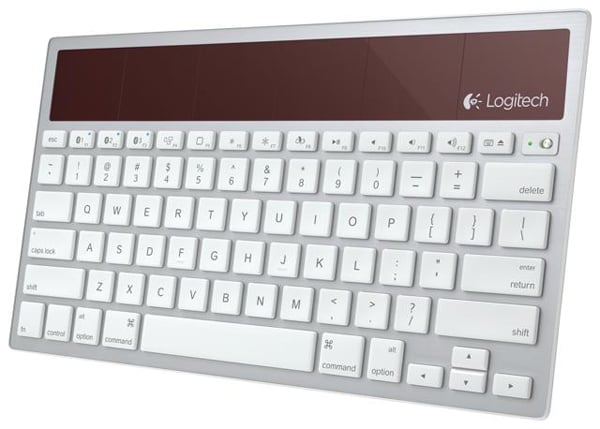 There’s even a dedicated button on the keyboard to allow you to switch between three different Bluetooth profiles, ie iPad, iPhone, and Mac computer. It’s also got all the usual Mac-specific buttons like the Command, Eject, and Brightness function keys, and looks great alongside Apple devices. The K760 is a solar-powered, Bluetooth keyboard, and thanks to its small form factor, you won’t feel too strange using it with your iOS devices. Fully powered up, the keyboard should last three months on a single charge, even if it’s used in darkness. Now that’s energy efficiency!