I’m no longer surprised to see toddlers playing with iPads and iPhones, but I have to say that I’d rather have them playing with something that’s actually made for them, kind of like the Vinci Tab II tablet. 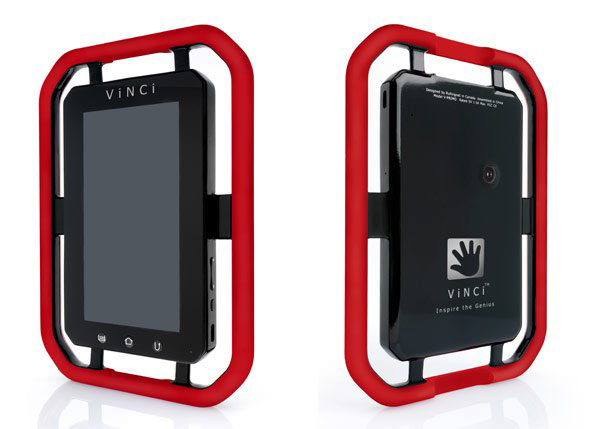 When the first Vinci Tab was announced, the MSRP was $389 (USD). That was somewhat steep, but thankfully the newer version is significantly cheaper and sports some improvements. It’s certified child-safe, and comes with a 7-inch screen that has a resolution of 800 × 400. It’s got a 3MP camera, 1.2 GHz Cortex A8 processor, 8GB of internal storage, a microSD slot, and it runs on Android. In default mode, the Android interface is locked down, but in “Parent Mode” it works just like any other Android tablet – though Vinci doesn’t indicate what version of the OS the tablet runs. But you’re not buying this thing on specs, you’re buying it so your kid doesn’t destroy your iPad, right? 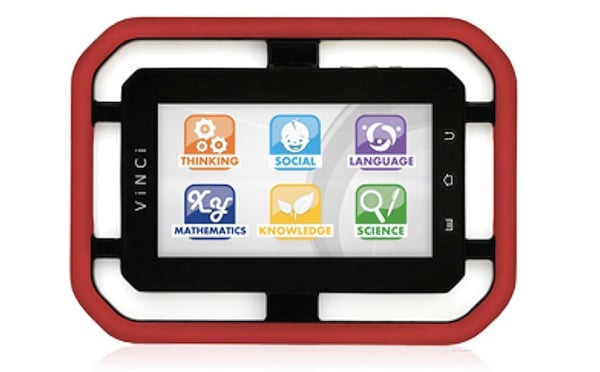 The Vinci Tab II is making its way to retailers next month, but you can already purchase it online. The $249 model has Wi-Fi while the $199 does not.  The tablet comes preinstalled with introductory educational software for your child including sample games and animated storybooks, though you’ll have to pay to download additional content if you want to go beyond the sample curriculum.