Is That a Banana in Your Pocket, or Are You Just Going to Shoot Me?

We’ve featured lots of cool and geeky handmade prop weapons here over the years, but I can honestly say this is the first time I’ve seen a gun made out of a banana. (Other than those times when I was a kid and just pretended a banana was a gun – or a telephone.) 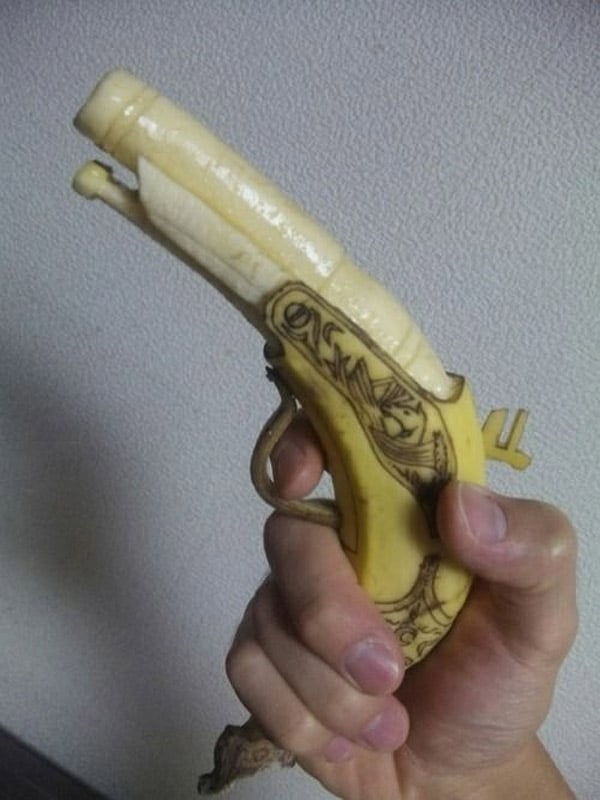 This intricately carved banana gun won’t hurt a fly, but it still might get confiscated by the TSA if you try and bring it through the security checkpoint at the airport. I think this thing shouldn’t fire bullets, but instead it should use blueberries as ammo.