What do you get when you combine robotics with art, engineering, sport and a love of furniture? You get table fighting. The crazy sport where tables face off in the ring. Tables fight to the death while humans watch on and probably make wagers. 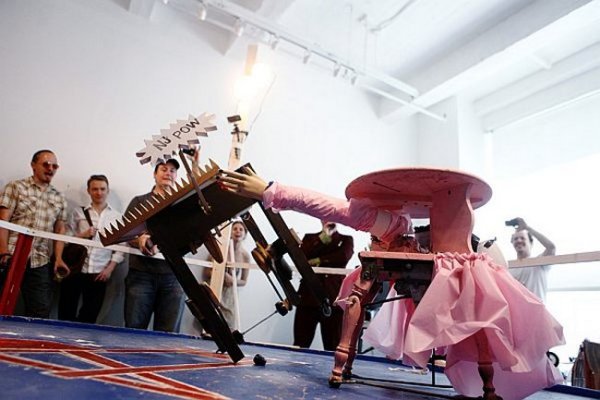 The participants take ordinary tables, and then tinker with them, engineering them to fight and do crazy things to other tables. Think Robot Wars or BattleBots, but with tables. Just like the WWF, these tables even have their own characters like Legs McNeil, Yuki, Jersey Shore, and Bird Man Cometh.

There are some rules, though not many. One is that the tables have to have a surface that can support a cup. The tables are operated by remote control and after an epic battle, the winner is the table that is “left standing”. Why is this not televised? I would watch the hell out of this. Who’s with me?

[via Wired via Geeks Are Sexy]