AnyTouch Makes Any Surface Work Like a Microsoft Surface

We’ve already seen a couple of ways to add touch sensitivity to everyday objects. Here’s a more specific approach that turns any surface into both a touch interface and a screen. All you need is an expensive camera, a motion sensor and proprietary software! So simple even a billionaire genius monkey can do it. 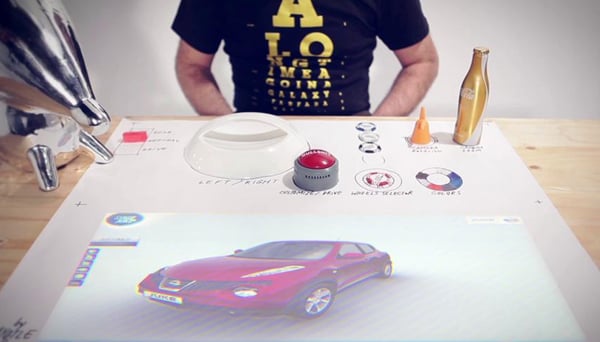 The prototype is called AnyTouch and is based on Ayotle’s Ayotle Interactive+ system. Similar to Microsoft’s Surface, AnyTouch is like a huge touchscreen that expands its functionality with tokens. The big difference is that AnyTouch doesn’t need an actual touchscreen – in fact the surface doesn’t even have to be flat – and can use everyday objects as interactive tokens. It does require a DSLR and the ASUS Xtion motion sensor though – cheaper than a table-sized touchscreen but still an expensive setup. Plus the code isn’t open source so it’s as unavailable to the public as the Surface. Dammit!

Man, it’s like a child’s imagination made real. Imagine how awesome it would be to play strategy games on this. The future better arrive before I die.