This concept Iron Woman suit is fit for Tony Stark’s wife should he ever get married. Until then, maybe one of the other Stark women can wear it. Arya? Sansa? Those are the only female Starks I know. 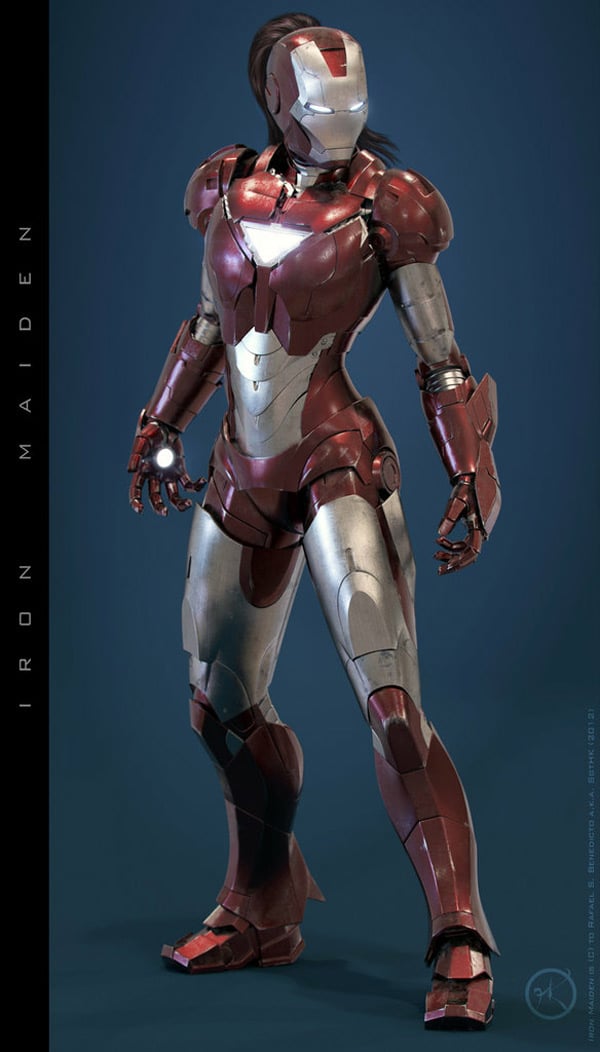 The costume looks pretty awesome and leaves room in the back of the helmet for a ponytail – because that’s important. Although I don’t see any place for Iron Woman to carry a purse. It’s probably built into the armor. Anyway, you don’t need lipstick and makeup when you are wearing armor. She probably just carries some Turtle Wax to shine up her suit.

This awesome CG concept was created by digital artist SgtHK using 3D Studio Max and touchups were done in Mudbox, TopoGun and Photoshop. It’s a pretty neat “what if” scenario, and I think this Iron Maiden rocks.