When it comes to Kung Fu movies, I’m a big fan of Bruce Lee flicks. If you’re a fan of the man, or just like to collect odd flash drives, you will want to check out these custom flash drives from a company called Pretec. The coolest is a little cartoon figure of Lee wearing the yellow and black suit from the flick Game of Death. 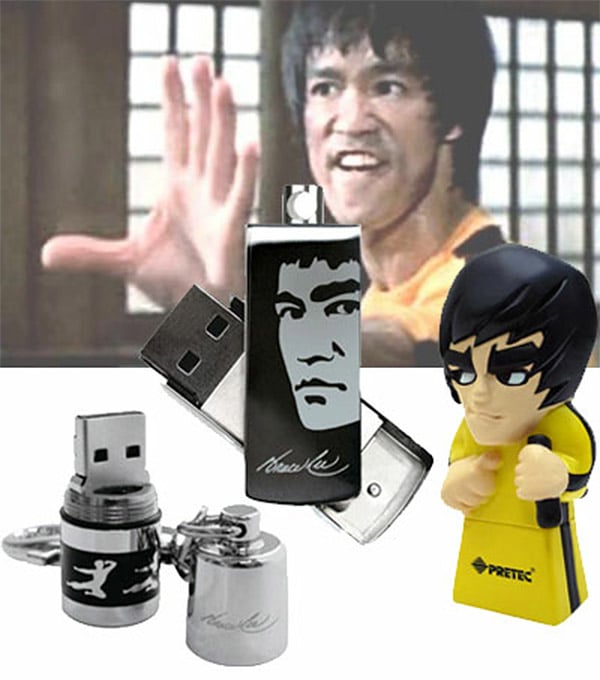 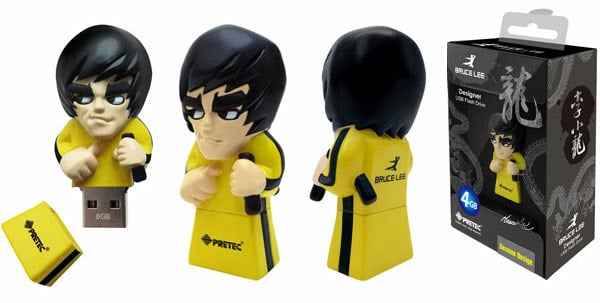 Unfortunately, the cartoon flash drive has just 4 GB of storage. Another flash drive offered by the company has a laser engraving of Bruce Lee on the front along with engraving of his signature on an all metal chassis with a key ring for connecting to your keys. It is called the Bruce Lee i-Disk Reflection 2.0. It’s more sophisticated looking, but not as interesting as the yellow cartoon figure version.

The last flash drive is laser engraved with Bruce Lee’s signature and images of him doing a flying kick. This particular flash drive comes in 4 GB to 16 GB capacity and is waterproof. The manufacturer even claims the flash drive is fireproof as well, though it might not survive a one-inch punch.