Medicine has come a long way in the last few years with all kinds of surgeries being performed that were the stuff of fiction years ago. One such case was the face transplant I mentioned back in March. Now doctors in Mexico City have performed a double arm transplant on a Mexican man who lost his arms just below the elbow resulting from burns when he was electrocuted. 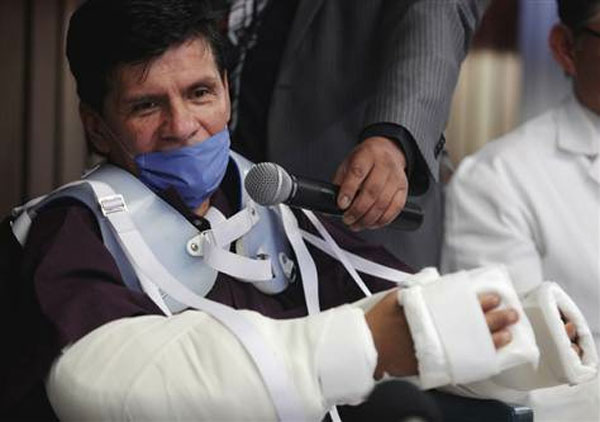 The 52-year-old man is Gabriel Granados and he received new arms just below the elbow from a 34-year-old shooting victim. Granados said that the transplant was “terrific” and that he could already feel his new hands. The physicians practiced the procedure on corpses prior to the real thing, which I suppose is a good idea.

“This is wonderful that after being without hands for some time, all of a sudden I see new hands,” said Granados, who is an agent in the financial unit of Mexico City’s prosecutors’ office. The surgery was conducted in early May and the man was just discharged from the hospital this week.