Green Mesh PC Case Lets It All Hang Out

You don’t have to be a PC modder or enthusiast to know just how much dust and dirt can accumulate inside a computer case, despite how tightly closed the case might seem. So it’s easy to dismiss this PC case by a company called YoungYear as being built on troll physics, but the company insists its design will work. 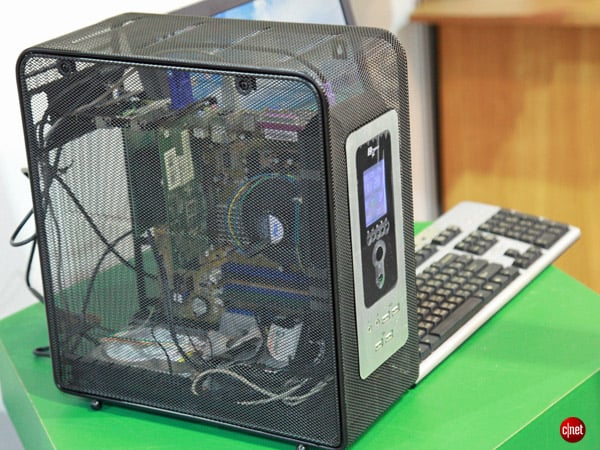 Called the Green Mesh, the case is filled with more holes than a Transformers movie script. So how will it prevent dust from invading its guts? YoungYear says that the hot air produced by the components will carry the dust up and out of the case. The company even claims that it will have 3 to 4 times less dust than a normal PC case. Although considering just how dirty these things can become, 3 to 4 times less may still be quite dirty. At least it’ll be easier to clean.

The Green Mesh should go on sale 2 to 3 months from now, but if you’re planning on using it to build a heavyweight PC, tough luck. The Green Mesh doesn’t have a fan and instead uses the mesh to conduct heat outwards. It can only dissipate so much though, so as a consequence YoungYear doesn’t recommend installing a power supply with an output higher than 300W. Otherwise you’ll have a green mess in your hands.