How’d you like a Portal in your bedroom? Well, this guy managed to put a pair of Portals in his walls, with a little help from IKEA. 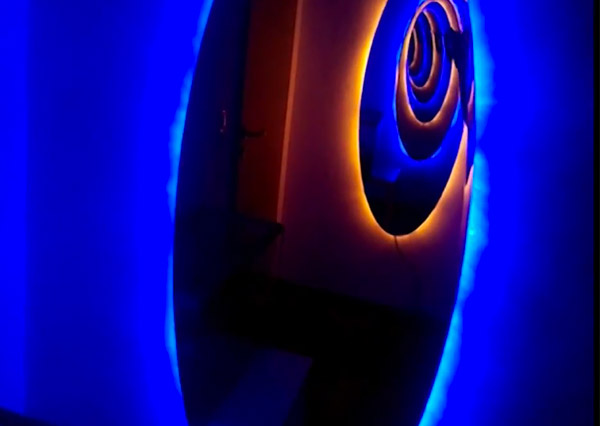 Technabob reader Florian Aich (of Rebel Gamer) put together this setup with a couple of oval IKEA mirrors and some blue and orange LED rope lights behind them. While this is basically the same idea we saw about a year ago, what I like about Flo’s execution is how he not only used his Aperture Science Handheld Portal Device to “shoot” the portals into the walls, but also how they’re opposite each other for maximum effect.

It’s a cool effect, though I wouldn’t try and jump into one of the mirrors with the expectation of infinitely accelerating through space. You’re more likely to end up just bumping into a wall and breaking a mirror.

The LOAFA: A Sofa That Looks Like It’s Made Out of Bread
Advertisement