I’m a sucker for anything covered in carbon fiber. Carbon fiber is typically a material used when lightweight is desired along with strength. Carbon fiber also happens to look good when the weave is exposed on many products it gives them a decisively high performance style. Now and image of Motorola’s latest smartphone has leaked online, and it looks like its got a pretty carbon fiber back. 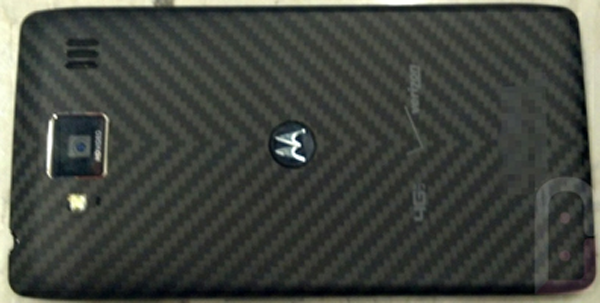 The blurry, leaked image from DroidLife is reportedly the first photo of the Motorola Droid Razr HD smartphone. All we can really tell from the image is that has a full carbon fiber style back. It’s not clear if it’s real carbon fiber, or just a finish that looks like it, though. The thickness of the device has some speculating that it might be using the 3300 mAh battery used by the Droid Razr Maxx.

Rumors previously hinted that the phone may be running a dual-core Snapdragon S4 processor at 1.5GHz. That processor would be a nice upgrade over the current Razr Maxx unit. All I know is that the carbon fiber looking back is enough to make me want the phone – especially if it’s real.