Battling zombie armies takes some interesting and varied weaponry. One thing that is a must for zombie purification is a weapon that reloads fast and has plenty of firepower. If you load up a shotgun with a nice wide-spreading buckshot, you could potentially take out an entire zombie hoard in one shot. That’s what makes this cool 16-gauge shotgun called the “Holy Grail” so awesome. 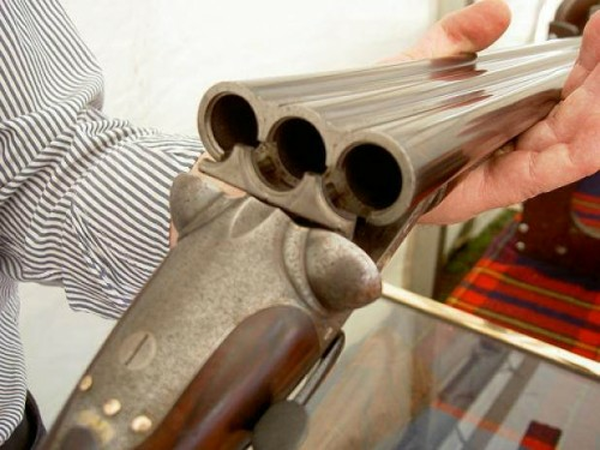 Not only can you fire massive shotgun slugs or buckshot out of this beast, it has a third barrel. That means the shotgun will hold three shots whereas most shotguns of this type have two barrels at most.

Sure, modern shotguns carry more rounds, but with this old-fashioned style shotgun you don’t have to worry about automatic loading mechanisms jamming. This cool triple barreled shotgun was built for John Hope, the first Marquess of Linlithgow and the first Governor-General of Australia. The gun was built by gunsmiths John Dixon and Son, and recently sold at an auction for about $66,000 (USD), which works out to be about $10 per zombie kill in my estimation.