Last week, we told you about a teaser video for what looked like a remake of Majora’s Mask for the Wii U. Unfortunately, Nintendo never made any such announcement at E3. Boo.

Majora’s Mask is to Legend of Zelda what Final Fantasy 7 is to the Final Fantasy series. Lots of fans want to see the Nintendo 64 game re-released with upgraded graphics. If you want proof, do a search for “Majora’s Mask trailer” on YouTube and you’ll be flooded with semi-trolling videos asking for support for such a remake. This is one of the more recent and honest pleas, and boy does it make a convincing argument. 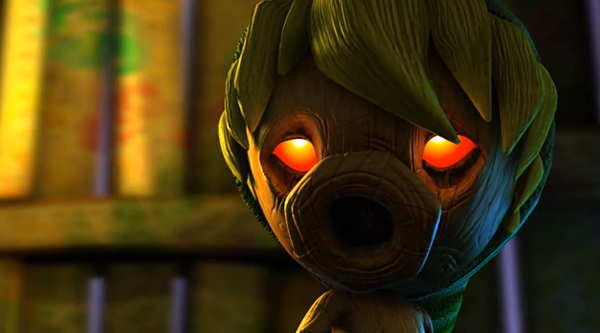 It turns out that this clip was made by Pablo Belmonte and Paco Martinez, who said that the teaser is a “small test for the “big N” as a proposal for make this project true.” Their English isn’t perfect, but they seem to be implying that they’re working on a longer video or a more concrete proposal.

Deku Link would be right at home in a Silent Hill game. Check out these links to find more Link-related art from Pablo and Paco.