Looking back at the movies in the 80s, there are several that standout for me as some of my favorites growing up. One of my favorites was RoboCop. This movie was sort of cheesy even back then and had tons of violence – my kind of flick. I’m still surprised every time I catch it on cable that my parents let me watch it. 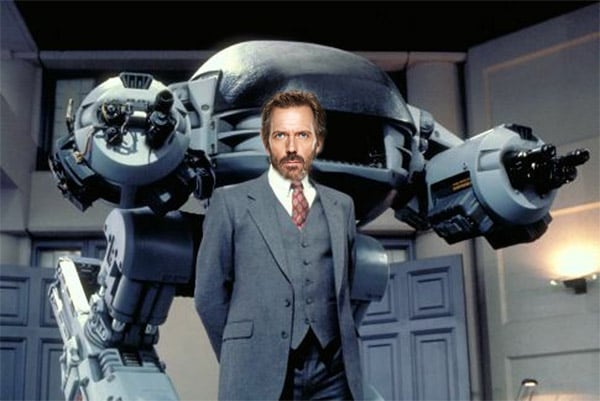 Now, RoboCop is being remade with a writer named Josh Zetumer writing the script, along with director José Padilha. The film already has some big name actors attached, including Gary Oldman, Abbie Cornish, and Samuel L. Jackson. I wonder if Jackson will get to drop the MF bomb. I sure hope so. Apparently, RoboCop himself is being played by actor Joel Kinnaman.

The latest addition to the cast for the remake is said to be Hugh Laurie. Of course, he’s most known for House, the pill popping, angry physician on the Fox medical drama – and before that, UK hits Jeeves and Wooster and Blackadder. Laurie is rumored to be playing the evil CEO of Omni Corp., the company that created RoboCop and tried to use the cyborg to his own ends. I’ll have to add this to the list of 1980s flick remakes that I really want to see. What I really want to know is when will they remake Top Gun?