NASA is set to launch a new X-ray telescope into orbit today. The telescope will be on a two-year mission to see objects that lurk at the heart of our Milky Way galaxy and galaxies beyond. Rather than sitting atop a traditional rocket on a launching pad, NuSTAR is attached to a small rocket more like a cruise missile. 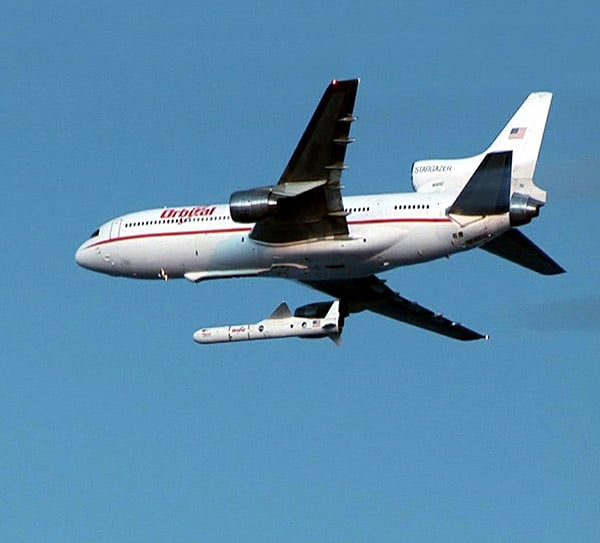 The rocket is called a Pegasus XL, and it and the NuSTAR payload are strapped the bottom of the special aircraft. That aircraft will climb to 40,000 feet where it will drop the rocket. After free-falling for a few seconds, the rocket engines will fire and if all goes well, push NuStar into an orbit about 350 miles above the surface of the earth.

Scientists hope to use NuSTAR to focus on high-energy X-rays, allowing researchers to peer through gas and dust in search of supermassive black holes in the center of galaxies and the leftovers of exploded stars. Part of the goal for the mission is to map previously unknown black holes and observe those that are known.