If you’re not into trucks or work with large industrial equipment, you might not recognize the name Cummins. Cummins is a company that produces powerful diesel engines for all sorts of uses. The most well known use is as the power plant that powers many of the pickup trucks you see cruising the highways. 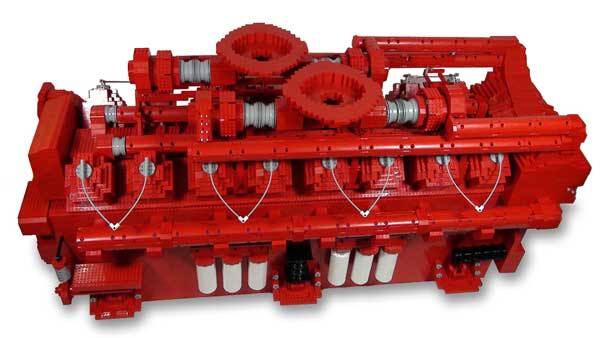 Cummins has kicked off a new program to motivate and inspire students to excel in science, technology, engineering, and math. The company’s effort is to inspire students with its own Brickworld Build Team. Brickworld is a LEGO show taking place in Chicago this weekend. Cummins engineers and teams of teachers and students will come together to build a replica of Cummins’ most powerful diesel engine the new QSK95.