I jumped off the Internet Explorer ship the moment I laid my eyes on Mozilla’s Firefox. I’ve switched to Google Chrome since then. I am of the opinion that IE is one of the clunkiest browsers in existence, probably because it seemed that way when I last used it.

Someone who’s got a stronger opinion against Internet Explorer 7 than I do are the people behind Kogan, which is an electronics retailer based in Australia. They’ve taken it upon themselves to impose an extra 6.8% surcharge on any online transactions you make on the site while using Internet Explorer 7. 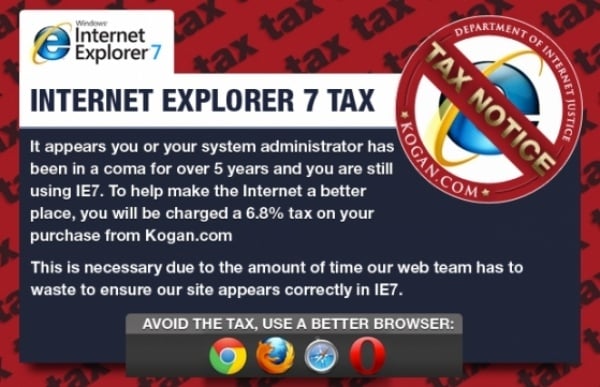 They’re calling it the Internet Explorer 7 tax, and have advised their customers to avoid it by using a better browser, like Chrome, Firefox, Safari, or Opera. 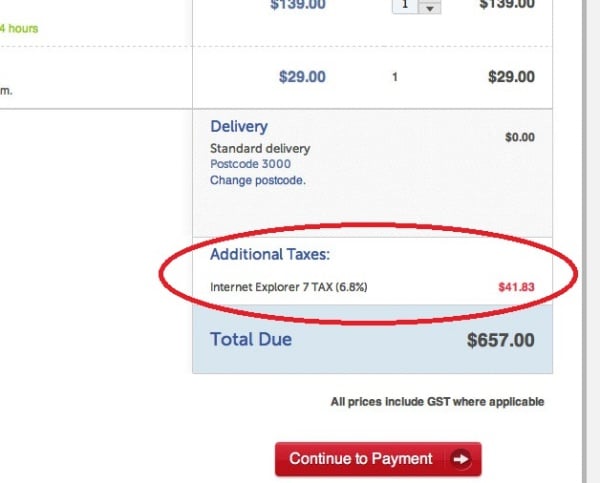 Site founder Ruslan KogancKogan explains the motive behind the move: “Internet Explorer 7 has long since passed its use-by date. It’s a constant source of frustration for our web guys and we’re sick of burning cash on a browser that hit the market nearly six years ago. It goes against everything Kogan stands for.”

There’s no word on what happens if you try and buy with IE 6 or earlier. Their website probably just doesn’t work with those browsers.