This Star Trek themed home theater is every Trek geeks dream. It is by far one of the more awesome Trek themed rooms that I’ve seen. It doesn’t go too far with the theme. It goes just far enough. Those seats are amazing. I can just see the owner saying “Engage” to start the movie. 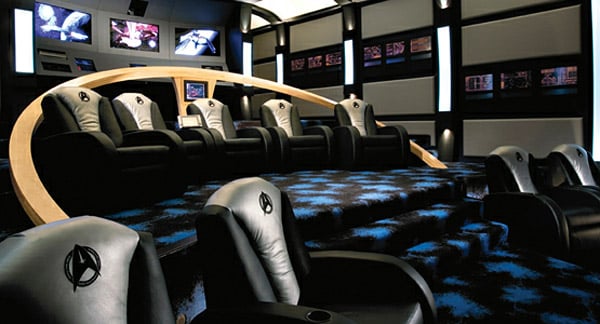 It has seating for nine moviegoers – five in the command area and four in the con positions. If you want, one guy can stand at Worf’s position behind the rail, if you can stand through an entire Star Trek marathon. Can you imagine watching all of the movies in this theater? 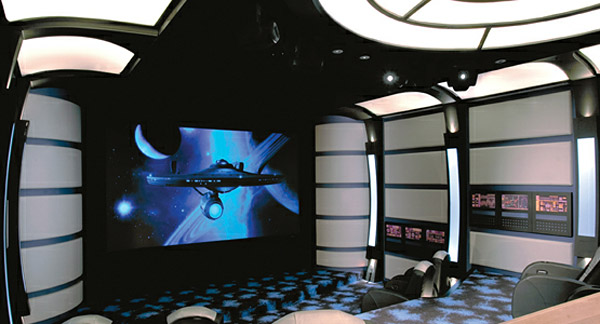 I hope they have the good sense to serve popcorn in a replica of the Enterprise’s saucer section. If only I had a spare fortune, I would love to have this in my home.

[via GeekTyrant via Neatorama]