The internets are abuzz with Microsoft’s latest offering. The first tablet from the software giant borrows its name from their already well-regarded multitouch system, and is named Surface. The tablet was unveiled last night in LA with big fanfare at a press event. Surface will initially come in two variations, and will run Microsoft Windows 8. 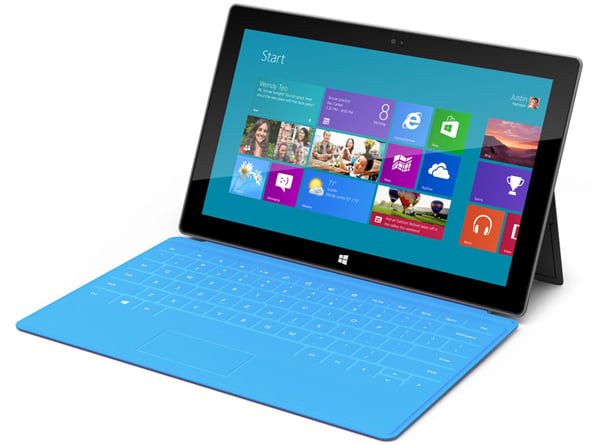 Surface is built into a durable magnesium case with a 10.6-inch Gorilla Glass protected screen and each model has an integrated kickstand. Some people like this, though I wonder how easily it might breaks. One of the most interesting parts of the Surface tablets are the covers that double as input devices when removed. They measure 3-5mm in thickness, and look like an evolved version of Apple’s Smart Cover. They are fastened to the tablet via magnets as well. The Touch Cover is made out of Northwest polar tech that has a multitouch keyboard and a trackpad. It’s only 3mm thick. The Type Cover that has got tactile buttons and a trackpad.

The Windows RT Surface model weighs 1.4 lbs and uses an NVIDIA chip (possibly the Tegra 3,) while the Windows 8 PRO model weighs 1.9 lbs and has an Intel core i5 CPU. Both models have front- and rear-facing HD cameras. Display resolution hasn’t been confirmed as of yet, but those who have seen it up close have called it “crisp,” though it’s unlikely to approach Retina display sharpness. 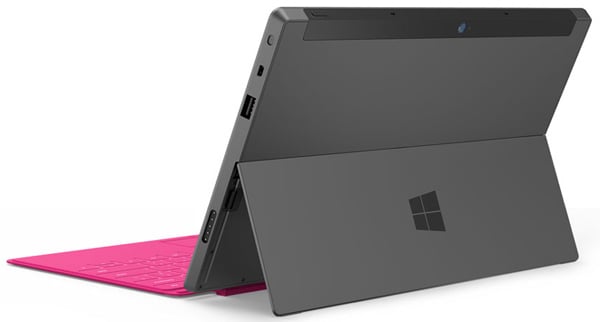 Each tablet has a USB 2.0 port, HDMI, DisplayPort, and a microSD card slot. Storage will range from 32 to 64GB. Microsoft hasn’t announced pricing yet, but word has it they’ll be aiming to price the RT model competitively with the iPad. 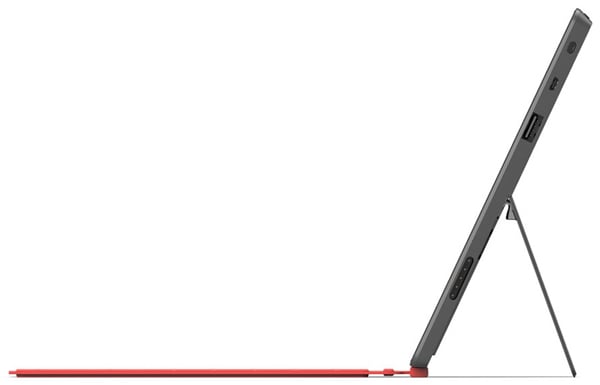 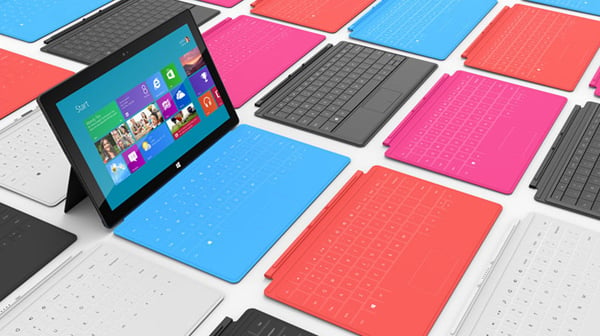