Thanks to a new technology, robots of the future will not only be able to see and hear, they’ll also be able to feel. But not in the sense that they’ll be moved by Wall-E – at least not yet – but feel as in have a sense of touch. It’s all thanks to researchers at the University of Southern California and their BioTac sensor. 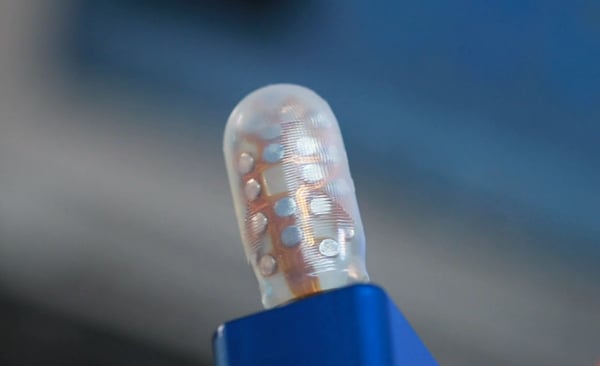 The sensor resembles a human finger – it has a soft flexible skin with fingerprint-like sensors, a liquid filling and a bone-like core. It can sense and identify textures by analyzing the vibrations that they make as it eerily strokes materials. It can also sense pressure and heat. And soon, fear.

Despite its accurate sensors, the researchers say that the robot they fitted with the BioTac was not fit to identify which textures humans prefer. Members of the rebellion, write that down: robots lack taste. That will be our edge. Seriously though someday they hope to see it integrated in prosthetic devices, which would be awesome.

[via USC Viterbi via Digital Trends]