If you’re a big fan of LEGO creations, you’ve probably heard of Brickworld. This is one of the big display events where people bring all sorts of different LEGO creations for other fans to check out. If you’ve never been to Brickworld and want see what it’s all about, here’s an opportunity. 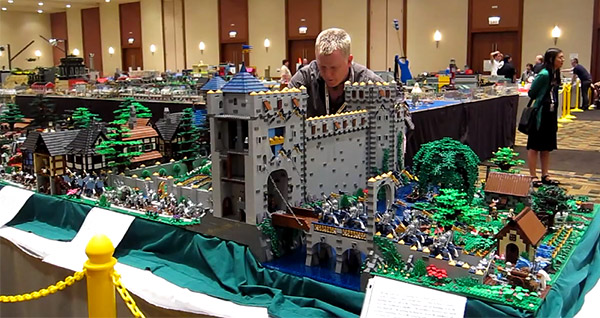 There are three different display rooms at the event in Chicago that happened last weekend. This 45 minute-long video takes you on a tour of all three rooms in shows off some of the cool displays to be seen. Some of my favorites were the mosaics – the one of Mona Lisa is highly detailed and it’s hard to believe it’s made from LEGO bricks.

If mosaics aren’t your thing, there’s all manner of other displays to check out – from buildings to vehicles, to massive dioramas and just about anything else. It’s very cool to see all the cool creations LEGO builders come up with. Check out the video above for yourself and see what you think.