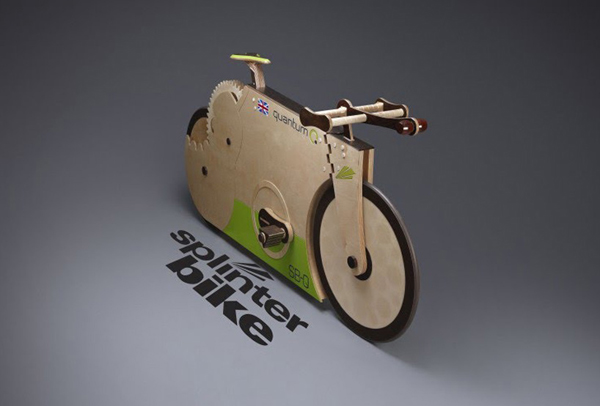 The bike was designed by Michael Thompson and this is his third all-wood bike. It includes improvements and refinements from his earlier speed-breaking Spinterbike Two. The Quantum is composed of 88 individual CNC-cut components, and it took 400 hours to assemble. The bike’s handles are broom handles and are styled like the aerobars found in time trial bikes. 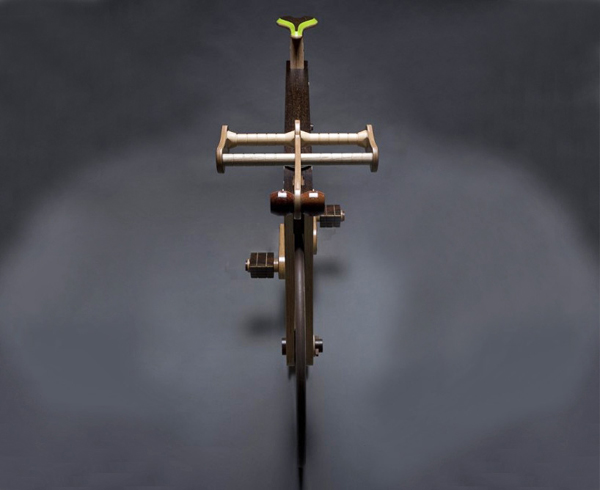 The tires are made out of a hybrid polymer glue, which takes five weeks to set and are supposed to be hard enough to maintain their overall shape when ridden. The design changes in the Quantum will be used in the Splinterbike Three, which will be built next year.