It’s reasonable to say that riding a bike in traffic can get dangerous quickly. That’s why I think that the LumaHelm is such a good idea – since it adds much needed visibility to cyclists, also allowing other vehicles to know exactly where they are going. 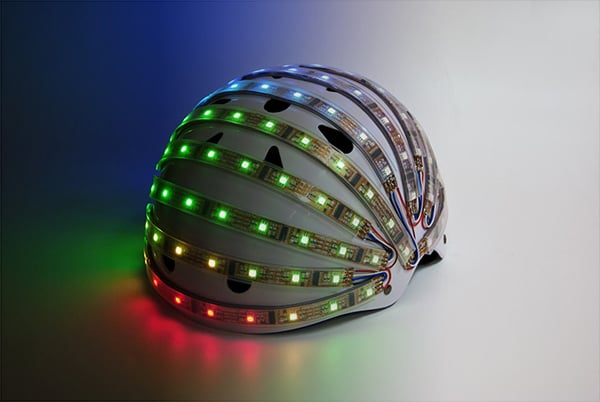 The LumaHelm was designed by Exertion Game Labs. The interactive illuminated helmet will keep your head protected while maintaining your visibility (and making you look like the third member of Daft Punk.) A built-in accelerometer is smart enough to figure out which way you are turning simply by the way you tilt your head. Tilting your head backwards will make it shine red to indicate a stop. As shown in the video below, the LunaHelm can also respond to other inputs, like music – but that doesn’t do anything for safety of course.

For now, the LunaHelm is still a working prototype, but I can see this working as a production design sometime soon. It wouldn’t be bad if the electronics could be swapped onto any helmet, allowing people to choose which kind of protection they prefer, but even if it’s sold only as a dedicated helmet, it’s still a great idea for improving road safety. 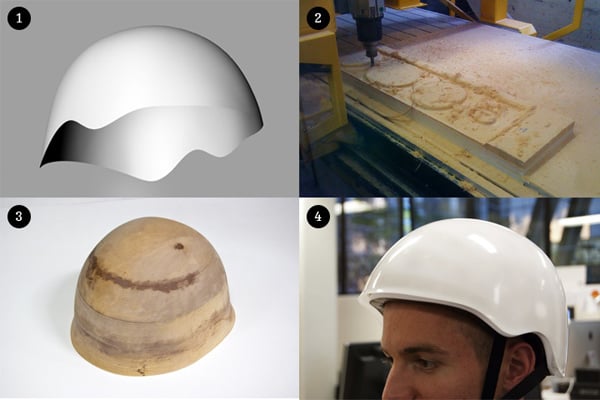