Designer Greg Hinzmann has the answer to one of life’s greatest dilemmas – what lights the flashlight? His answer? Itself. His concept flashlight, the Trioh!, automatically lights up when it’s charging base detects that a power outage so you don’t have to fumble in the dark. It’s easier to find the flashlight than to pronounce its name though. 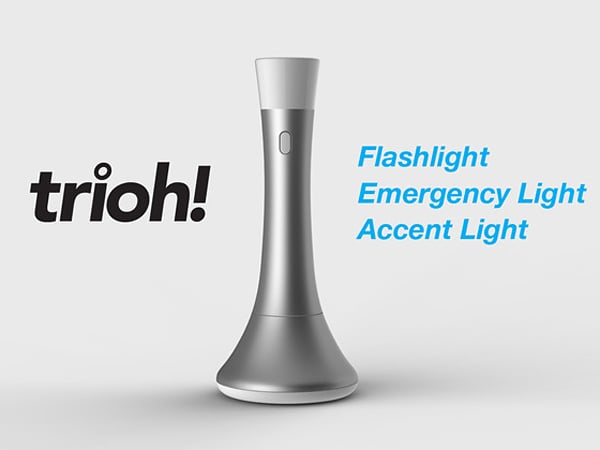 One other thing that Hinzmann made to ensure that the Trioh! will be easy to find is make it look tasteful, something you wouldn’t be ashamed to use as a decorative lamp as well. Otherwise users would just stow it in a drawer with the rest of their tools or emergency supplies.

Pledge at least $59 (USD) on its Kickstarter fundraiser and you’ll be one of the first owners of the Trioh! if and when it goes on sale. And as a backer you may have the power to change its name before it’s too late.