The thing that has always made me so angry about mobile data plans for devices such as mobile hotspots like the MiFi is that no matter if you use the data are not it’s generally gone the next month. You can’t tell me it costs mobile carriers anything to do is hold my data for me until I actually use it. Despite that fact, if you purchase 200 MB of data with AT&T in don’t use that 200 MB of data in a month, you lose it.

TruConnect and Walmart have announced Internet on the Go. This is a low-cost mobile wireless service that works with a MiFi 2200 mobile hotspot supporting up to five devices at one time. The mobile hotspot price isn’t specified, but is likely to be $99(USD). The coolest part about this is that not only is there no contract, but you data allocation won’t expire – sort of like cell phone rollover minutes, but for data. 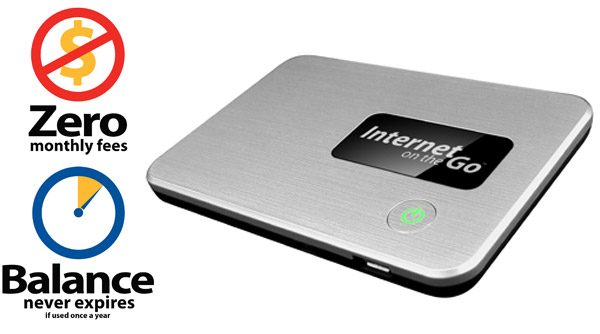