Fleksy iOS Keyboard App: for the Blind, Drunk or Fat-Fingered

Touchscreens have made it so much easier for us to interact with gadgets. Except if you’re blind, that is. Fortunately, there’s a new app for iOS devices that can guess the right word to produce, even if the user picks all the wrong keys. In other words, the app is psychic. Or not. 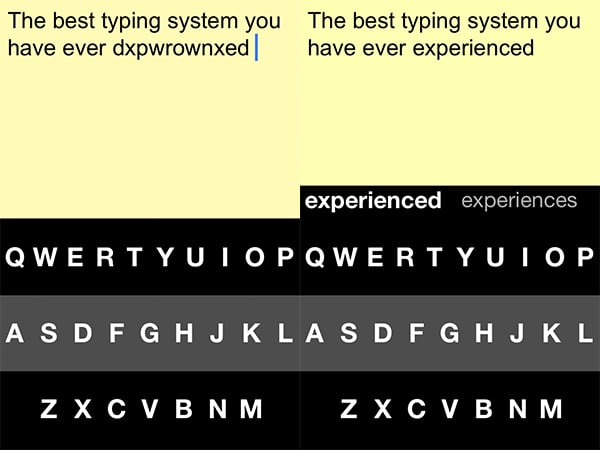 The app is called Fleksy, and it was made by a company called Syntellia. Fleksy has two features that separate it from the vanilla iOS keyboard. First is its predictive text input, which can guess the word that the user wants to type even if the user hits the wrong letters. Or at least, the slightly wrong letters. The example in the image above shows that Fleksy looks at the letters near the ones picked by the user to come up with something that makes sense.

Its second feature is its use of the VoiceOver feature in iOS devices. As soon as a word is completed the app will say the word aloud, giving the user a chance to edit what he’s typing, although it doesn’t seem to have a delete button.

Syntellia has already submitted the app for approval, so hopefully it’ll be available soon. It’s not magical, but it is practical. I bet it would work even better with that button-growing touchscreen.

[via Fleksy via The Next Web]