I want this in my backyard so bad I can barely stand it. Odds are you remember Luke Skywalker’s old and crumbling looking homestead from Tatooine from the original Star Wars, where he lived with Uncle Owen and Aunt Beru. That movie set was actually constructed in the deserts of Tunisia. Once the filming was complete, the set was apparently abandoned and left to rot. 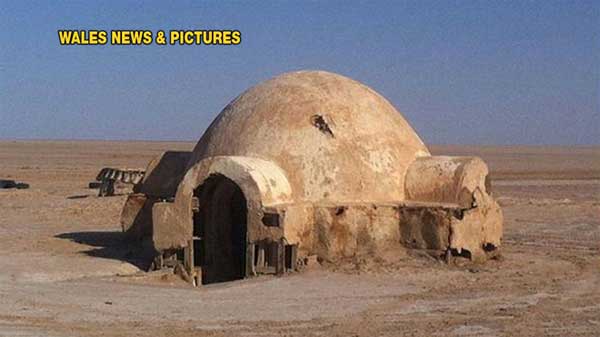 Recently, Star Wars fan Mark Dermul came along and decided to restore the ailing movie set to its original glory. The coolest part, and something I never knew about films, is that the set was located outside of a Tunisian village called Tataouine. See what George did there?

Dermul and some other fans set up a Facebook page and started collecting donations to repair the set. Within a year, 425 people had pledged enough money to raise $11,700. Dermul, author Terry Cooper and the team used the funds to restore the facility over six days in the sweltering desert. The team reinforced the outer layer of some of the set with wood and then reattached the props constructed by George Lucas and his team years ago. I’m honestly surprised a single piece of the set remains, had it been in place and easily accessible to geeks it would’ve been pillaged long ago.