The Walking Dead is both one of my favorite graphic novels as well as television series. Sure, the TV series veers off course from the comics from time-to-time, but that’s to be expected. It’s still a pretty awesome show in my opinion. And to celebrate the TV series AND the birthday of one very lucky guy, we have this awesome Walking Dead inspired birthday cake. 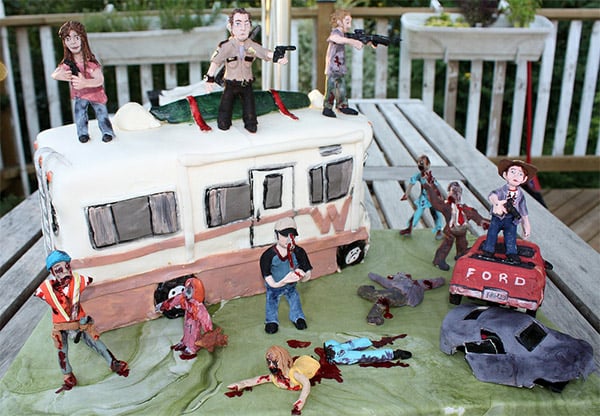 It was created by theRPF forum member Maelina in celebration of her husband’s (Gorgot3000’s) birthday. The scene shows Rick Grimes, Daryl, and Andrea taking up arms against the zombie horde from atop Dale’s Winnebago (poor Dale!), while Glenn finds himself chopping up a zombies with an axe on the ground in the middle of the action. 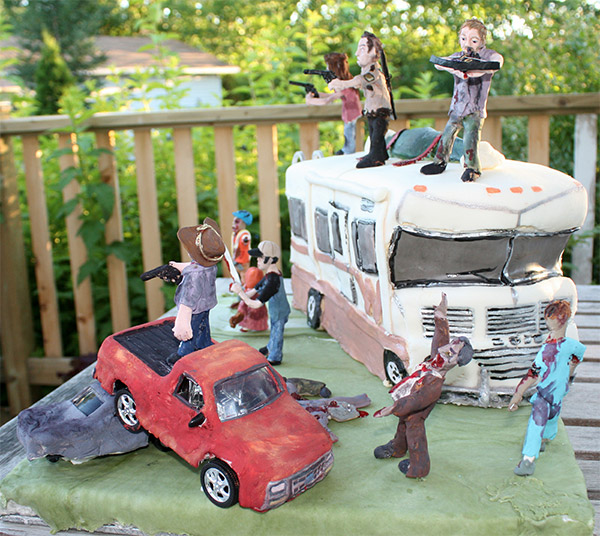 Of course, Carl has been separated from dear old dad as usual, and has his own dangerous weapon in hand – though it seems as if he should point it at som zombies instead of the ground. Oh, Carl! 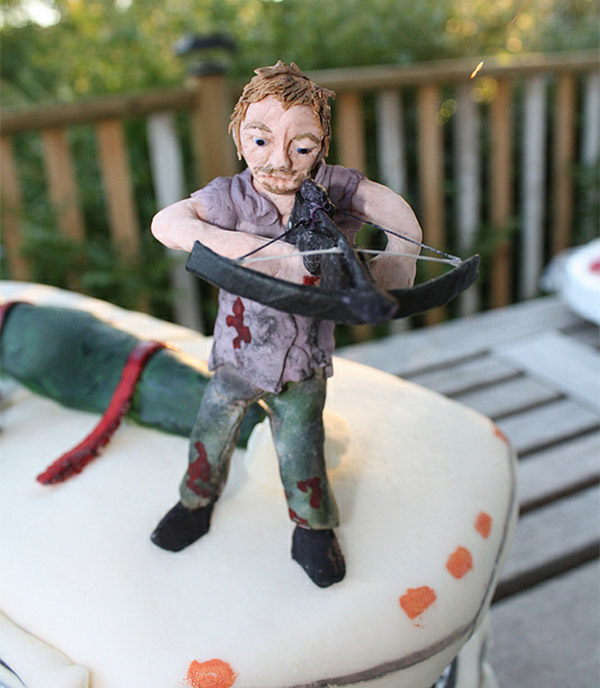 The cake is made completely from cake, sugar paste, fondant and food coloring, so it’s completely edible. But it looks so good that I’d eat it if it were made from brains. Check out more pics of this incredible bit of edible zombie goodness over on Flickr. 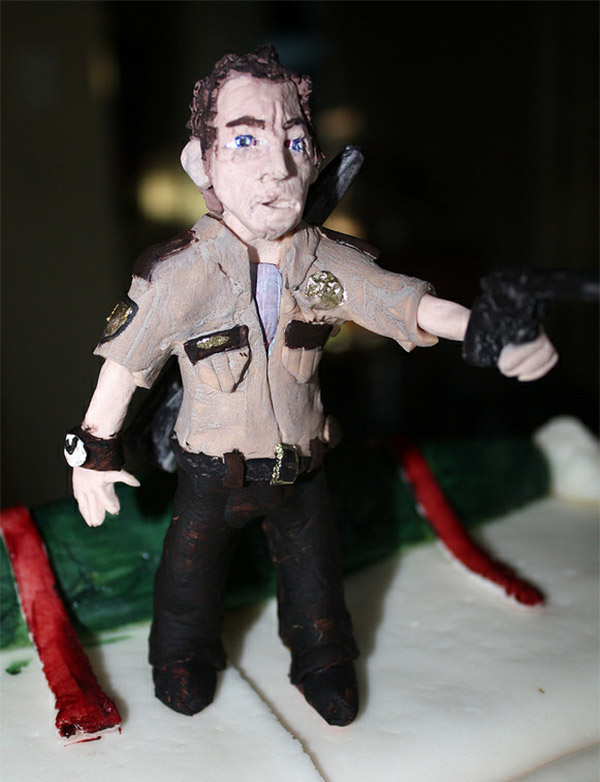