We’ve seen some LEGO Angry Birds in the past, and that was certainly geeky in an awesome way. Another LEGO fan has constructed some birds, and this time the birds aren’t angry at all. These birds are more realistic, sort of like sculpture, only made out of those  square bricks we all know and love. 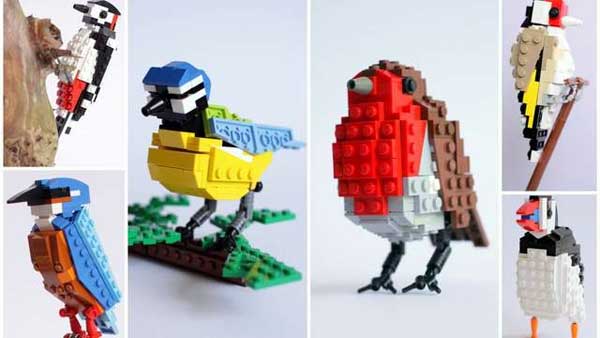 I’m not sure what would be more difficult to do using LEGO, making large sculptures or making sculptures that are much smaller that still get the point across. I would think a large sculpture would give you more freedom to choose bricks whereas you are more limited when building something small. Either way, I don’t think I’d be able to build anything large or small if it didn’t have instructions that came out-of-the-box.

The person who constructed these LEGO birds is a British artist Thomas Poulsom. The birds are ones native to England and include Bobby Robin, Kingsley Kingfisher, Billy Blue Tit, Penelope Puffin, Gloria Goldfinch, and Woody Woodpecker. Those names sound made up to me, but what do I know about British birds. The artist plans to build birds from other countries as well. Here’s Barney the barn owl: 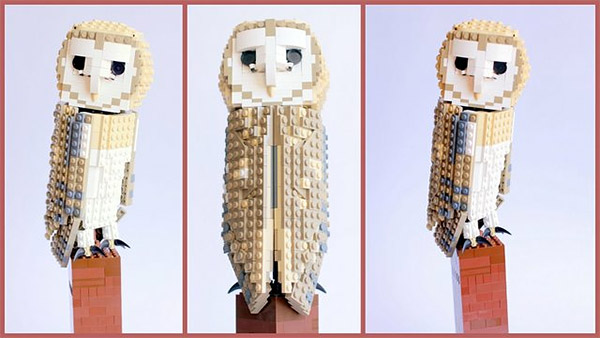 If you like these LEGO birds, head on over to Cuusoo and show your support. Perhaps one day they’ll be made into kits you can buy.