Google Chrome and LEGO Team up to Build with Virtual Bricks

We’ve established very well over the years that geeks love LEGO. The problem with LEGO bricks and me is that I never put them away and they always end up getting sucked into the vacuum cleaner or poking a hole in my foot in the middle of night. What I need is access to is this new 8 trillion LEGO brick set that you can play with virtually using Google Chrome. 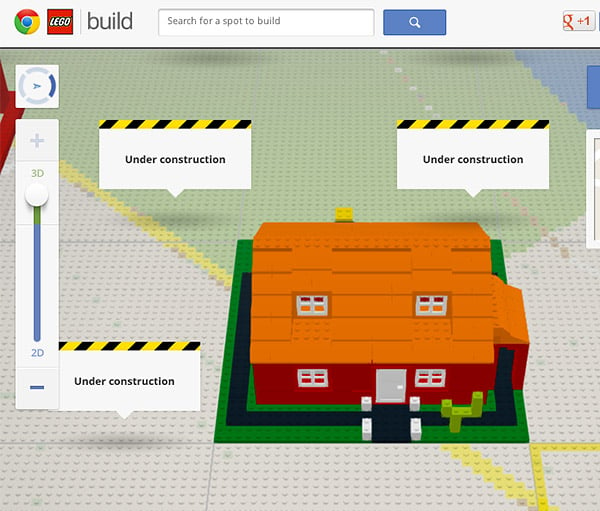 Google has partnered with LEGO Australia on a project called Build. The partnership kicks off in Australia, but a rollout to the United States and the UK among other countries a later date. To start with, you to pick a location from the LEGO map of Australia and build your own virtual brick construct to place on any street you want or any landmark you want.

Before your construction goes live for other people to view, it has to be submitted to LEGO for approval. The approval process is to ensure no one builds questionable objects that would be inappropriate for children – or for life in general. The good news is that anyone can play with Build, it’s not limited to use by Australian users at this point. You can check it out here.