A flag Tweeted out by Jeff Gerstman, may cause at least a bit of minor controversy. The Assassin’s Creed-branded flag is being used to promote the upcoming Assassin’s Creed III game, which is set during the American Revolution. The problem is that it apparently violates the  U.S. Flag Code. 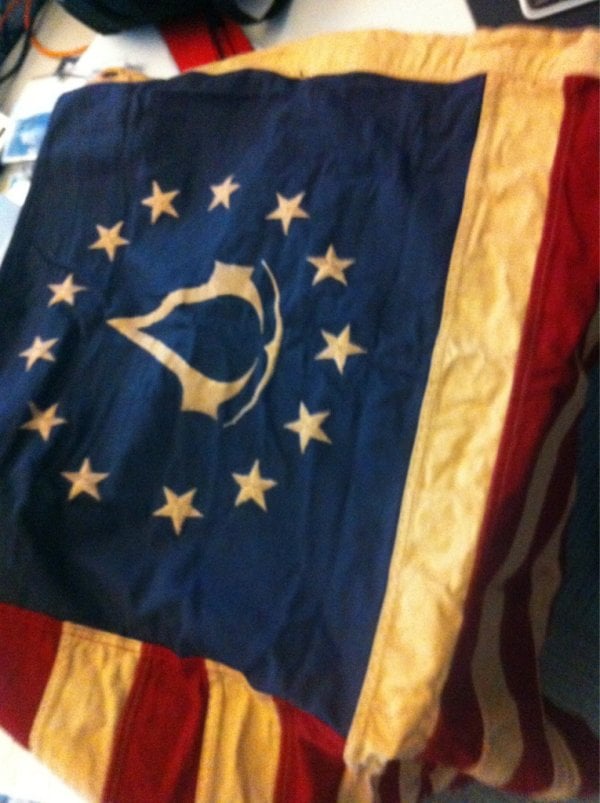 As Eric Limer from Geekosystem points out, however, the Flag Code, even though a Federal law, is basically useless since the Supreme Court has ruled that punitive enforcement of the Flag Code would be unconstitutional. I only bring it up because Eric did and because this is sure to upset some of those die-hard people who feel that the flag should never ever be dirtied, burnt, left unattended for more than 5 minutes, used as gift wrap, or in this case, used to promote a video game.

Me, I don’t have a problem with it. I think it is an awesome way to promote the game and it looks great. You have to keep it all in perspective. I tip my hat to them and look forward to the game.