Sure, you can put some art on your wall, but how about putting up some LED wall art that’s controlled via your iPad? That’s exactly what Greg Friedland did and I have to say that the results are pretty cool. It’s definitely a nice way of filling up an empty wall in an apartment. 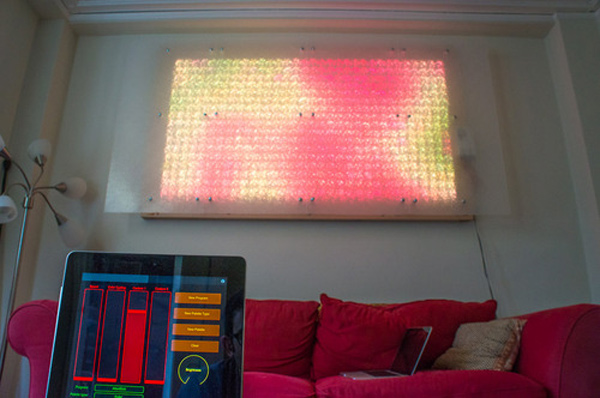 Greg Friedland’s Aurora LED wall started out as an idea to put some art on a 6’×12′ wall in his living room. He created a grid of 544 LEDs that’s capable of 16 million colors, attached to a 4’×8′ wood board. The LEDs are controlled by a microcontroller, which in turn is controlled by a program running on a laptop. This software on his PC connects to an iPad, which allows interaction with the moving patterns. That seems like a lot of steps but I guess there’s no good way to control it directly from the iPad yet. There are also built-in modes that respond to music.

It’s something that I wouldn’t mind having on my empty living room wall. To find out how to make yours, check out Greg’s instructions here. 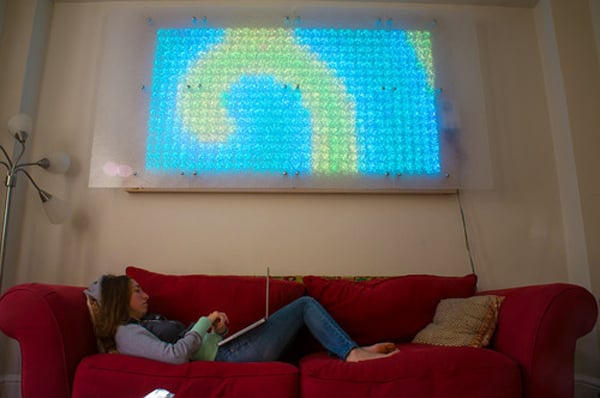