Shimi Music Robot is Ready to Rock Your World

I’m not a huge fan of desktop toys that flap around and play music, as they tend to get on my nerves quickly. I blame Big Mouth Billy Bass for this. But I’m actually kind of enamored of this new robot which can dance and get its groove on to your music. 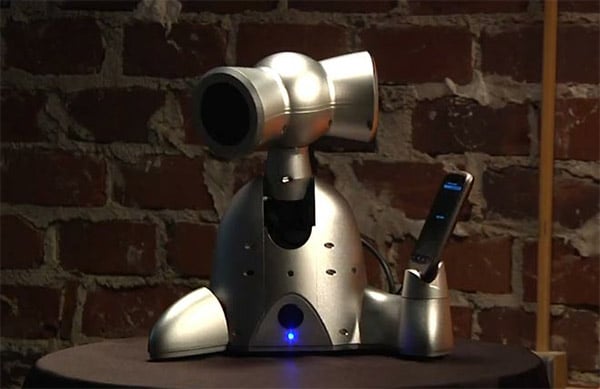 Tovbot’s Shimi works as a dock for your Android- or iOS-powered smartphone, providing interactivity, ranging from the aforementioned music-groovin’ to interacting with passersby. For instance, it can recognize faces and words, or pick a song to play based on the tune your tap out for it. Here’s some footage of Shimi getting his groove on:

I particularly like how Shimi’s ears are actually the speakers – I think that’s a clever and endearing design touch. At this point, Shimi is still in the development stages, but will retail for $199 (USD) when its released sometime in the not-too-distant future.