Robot Will Destroy You… in Rock Paper Scissors

A couple of years ago we saw a glove that can play rock paper scissors. While that glove was smart – it learns from your patterns – it could still lose. This robot hand on the other hand will win 100% of the time, all the time. It’s not psychic, it just has insanely fast reflexes. 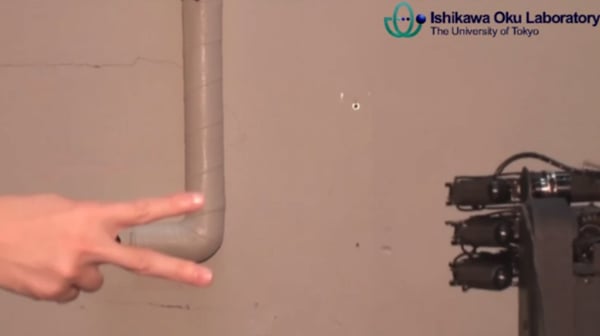 Scientists at the Ishikawa Oku Laboratary used a combination of a high speed camera and a fast moving robot hand, resulting in a rock paper scissors champ that recognizes what hand its opponent is going to play. In other words, the robot will wait for you to make your move before it decides what to play, but it all happens in only a few milliseconds that you won’t be able to notice it. Watch the demo below:

You know who can beat this robot? The glove. Problem solved.

[via Ishikawa Oku Laboratory via IEEE via Ubergizmo]