Over the years, USB drives have become smaller, sleeker, and more compact than they’ve ever been – even while packing tons of gigabytes into a teeny, tiny device. SanDisk has always been known for good quality flash drives, and I especially like how they managed to make the Cruzer Fit so compact (it’s the size of a thumbnail and can hold up to 16GB) And then there’s the Cruzer Pop, which takes flash drives from just being functional to being ultra flashy and creatively decorated. 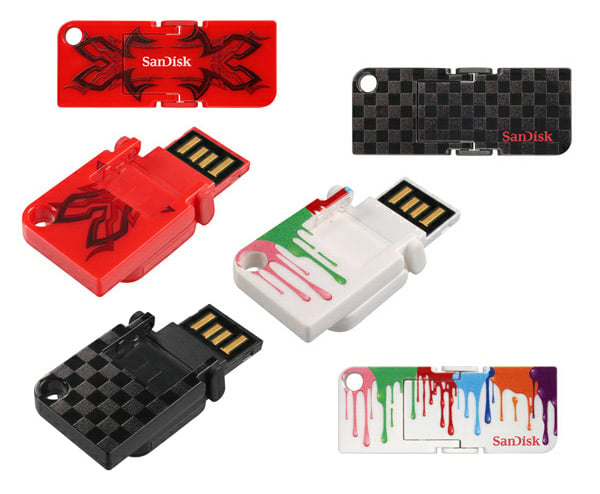 There’s the black and gray checkered one that’s a bit more low-key, red with the symmetrical design that’s simple yet loud, and the white one with printed-on paint that looks like it’s running down the drive. Not only that, but they’re extremely thin, too, at 0.15 inches thick.

The Pop got its name not form its look alone, but also how you’re supposed to use it: just pop the drive open to reveal the USB connector, and plug it into the USB hub. The drives are available in 4GB, 8GB, 16GB, and 32GB and will be available in retail outlets soon.