The iconic Facebook “f” logo is pretty much everywhere these days, and I bet as many people recognize it as the Nike Swoosh or the Apple logo. And while Facebook hasn’t gone too nuts slapping its logo onto merchandise at this point, that doesn’t mean that we can’t visualize what that might look like. 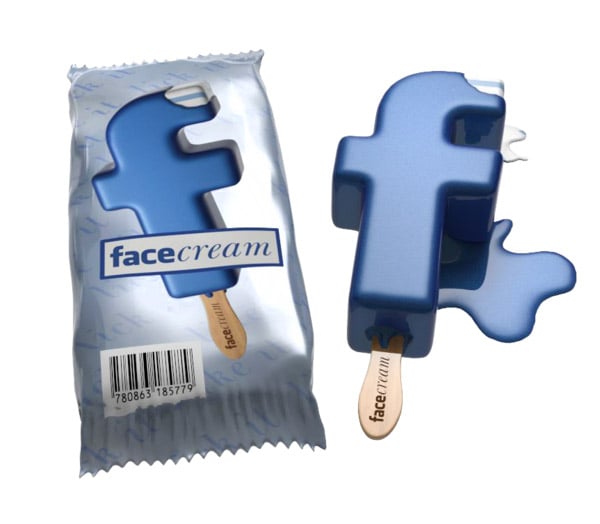 For example, designer Tomislav Zvonarić (designer of the equally offbeat Facebook bed) came up with these Facebook ice cream bars. Why? I say why not? Tom also recommends that Facebook replace the “Like” button with a “Lick” button to go along with the theme. 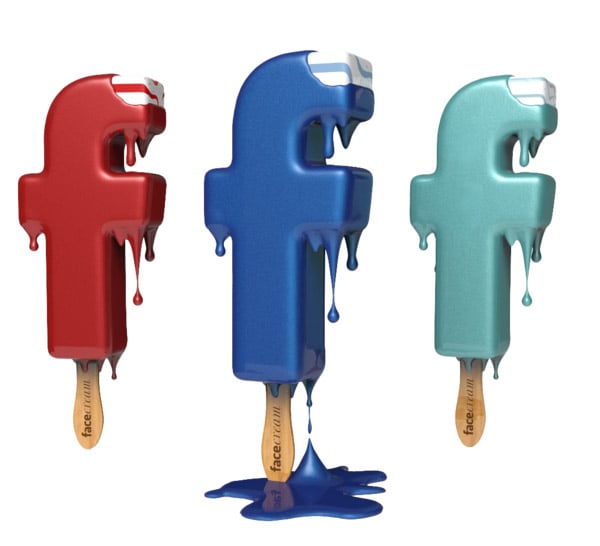 Sure, the “f” shape might be a bit impractical, and encourage drips on a hot day, but I still think I wouldn’t turn down a Facebook ice cream bar if somebody gave me one. Then again, I wouldn’t turn down any ice cream bar if you gave me one. Though the name “Facecream” sounds more like a beauty product for doing away with age spots and zits than something I’d want to eat. Or something even nastier – if your mind is in the gutter. 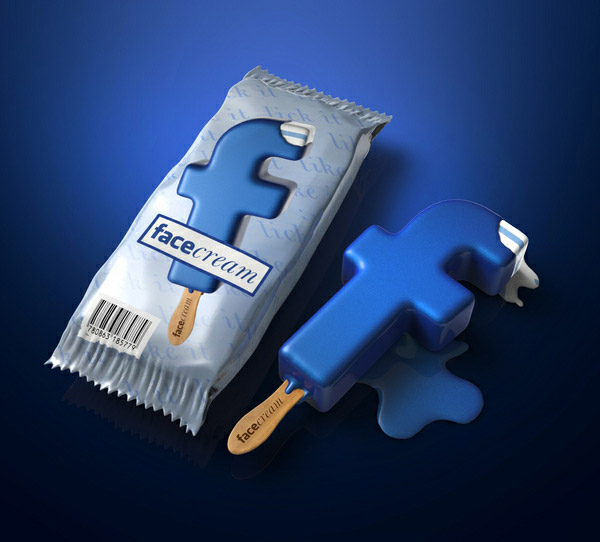