I know it’s a primitive dice game, but I’ve always loved Yahtzee. I think it’s because it’s basically like playing poker, but with dice. And what better thing to combine with my compulsive gambling habit but a drunk-ass, foul-mouthed, beer-swilling bending robot? 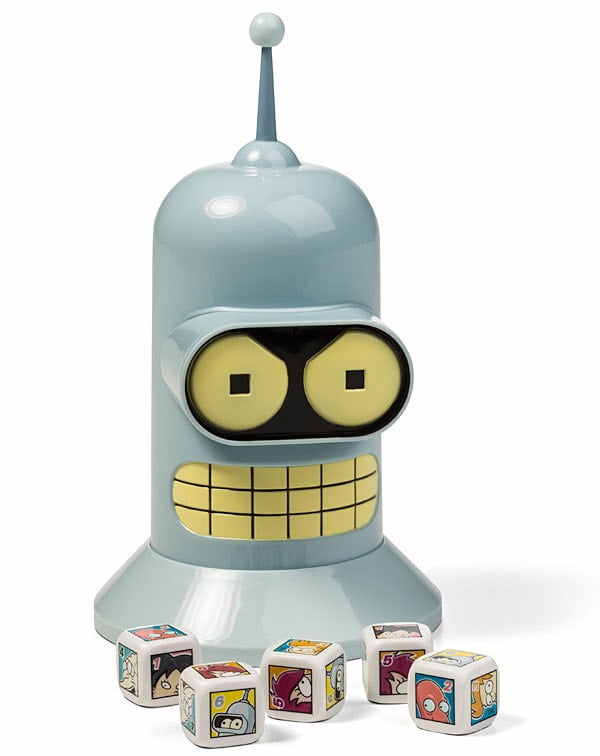 That’s exactly what you’ll get if you pick up the Futurama edition of Yahtzee, which replaces the boring old red dice cup with Bender’s pointy head. In addition, the dice have had their standard black dots (also known as “dice pips”) surgically removed and replaced with the heads (or at least the eyeballs) of your favorite characters – Fry, Leela, Amy, Professor Farnsworth, and Dr. Zoidberg – in addition to Bender as the high-scoring lucky number six. 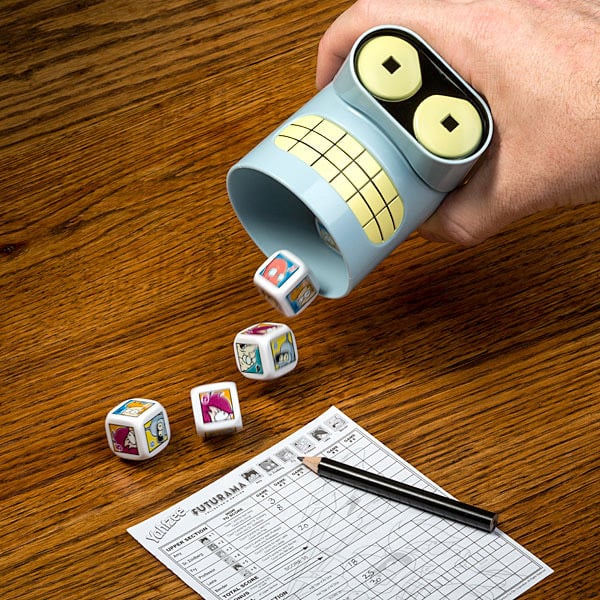 So accidentally freeze yourself for 1000 years, and thaw out over at ThinkGeek to buy the Futurama Yahtzee set for just $20(USD).