Most farts stink, and that’s a fact of life. I have yet to meet someone who has pleasant-smelling farts, because the closest thing to “pleasant” are farts that have no smell.

The worst fart I’ve encountered is the silent but deadly type. You know, the ones that are released without a sound, but smell like someone just crapped in their pants? Yeah, you’ve probably smelled at least a few of these in your lifetime. 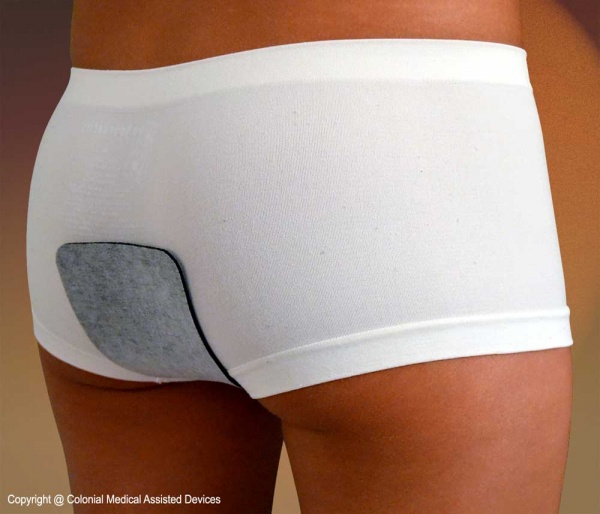 If you’re guilty of unleashing a few of your own stinky bad boys to the world yourself to much embarrassment, then you might want to pick up a couple of these flatulence deodorizer pads. They’re supposed to go inside your underwear and not outside of it, as the image above suggests. While you might not feel comfortable placing a pad on your butt, you might want to reserve use for it only during moments when you can’t afford to stink up the place.

The secret to the pads is that they’re embedded with activated charcoal. I can’t vouch for its effectivity, although you might want to try them out if you’re known for extremely stinky flatulence.

These Flat-D pads are available from Colonial Medical for $29.95 for a box of 10. And no, we’re not joking. They really do exist.

[via Laughing Squid via Dvice]